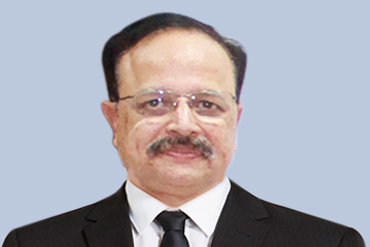 He has over 30 years of experience, from Avionics at the beginning of his career to defining and implementing operations transformation strategy for a converged network and service management across mobile, fixed line networks. He led the OSS strategy in Bharti Airtel.

Prior to joining Bharti Airtel, he had a P&L responsibility for the Broadband Division of Siemens and had key successes in rolling out ISP networks and Defense Data Networks. Ramamurthy was also a senior consultant with Cyient Enterprises for its Telecom practice.

He is the recipient of the Geospatial World Forum Excellence Award (2011) for the Application of Geospatial technology in Telecommunications, PC Quest Award (2010) for the Overall Best IT project in India.

He has been supporting the Society since inception and joined the executive committee as Joint Secretary and then became its Vice-President in 2016.